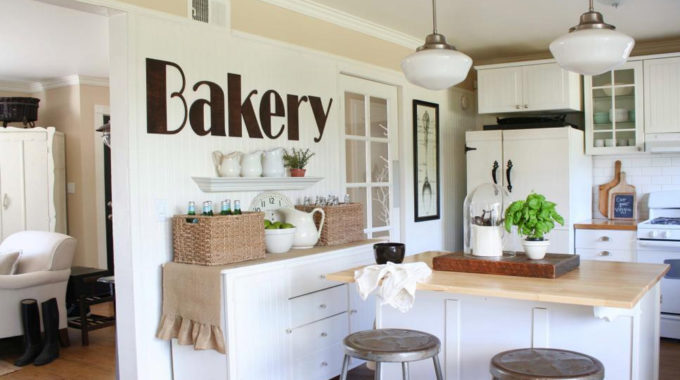 For those whose homes were in need of a little tender loving care, shabby chic was the design style from heaven. Starting in the UK in the 1980s and spreading around the world, the style was pounced on by those who were looking for an alternative to minimalist white boxes. All of a sudden old furniture and scrubbed walls were in and we couldn’t get enough of it.

Unfortunately for those of us with decaying run down homes, the designers quickly pointed out that this new interior decorating craze had to be a fusion of shabby and chic and that mere shabby just wouldn’t do. There was a certain irony in this as the inspiration for the design came from the grand old houses of the aristocracy where items such as chintz chairs were expected not just to last for a lifetime but for several generations. In these homes faded materials and patches were signs of thrift and tradition.

The earliest shabby chic style was rather grand in manner, using large pieces of furniture to make a statement. Nowadays it has transformed, becoming softer and more feminine but still aiming to tell a history of the property or piece.

When decorating your home in this style the easiest place to start, particularly in an older home, is with the walls. Often you will find that they have had a succession of paints or papers. Carefully peeling layers of these back allows you to expose the history of the house and the changing styles that it has experienced. However, this layer peeling should be done by an interior designer or someone with an artistic touch. Mere ripping of paper can just leave your home looking like a building site.

Often the wall layer will provide the inspiration for the colour balance of the furniture and fabrics. This is truly where the chic or style comes in. Again in a contrast to modern minimalism with its pure white or strong colours, shabby chic loves soft pastels, linens and floral patterns. It is important that each room should be designed as an entity with furniture being carefully chosen to match. Choosing any old furniture and dropping it in your home at random can lead to your home having the appearance of a tasteless junk shop rather than a monument to old style.

On a word of warning, the popularity of this interior design form has lead to a growing market in faked furniture. Items such as chairs or dressers are made to look old by sanding, staining and selective painting. Often several layers of paint are applied and then irregularly sanded off to give the appearance of a much older piece of furniture. Whilst there is nothing wrong in buying a new piece of furniture that fits in with your design style, don’t be fooled into paying over the odds for a seemingly older piece that is in fact new.

In a way shabby chic has transformed how we look at our homes from being mere conveniences to places with a history. It has helped us to love and care for our buildings and has encouraged respect and restoration rather than replacement. Sitting happily alongside other interior design styles, shabby chic gives us a window on the past as well as a choice in how we decorate our homes.

Decorating Your Home In Tudor Style

Some Important Things to Know Before Having an Ideal Home Built

Home Decorating Ideas – Tips For Inspiration About Transforming Your Home